In Flanders fields the poppies blow

Between the crosses, row on row,

That mark our place; and in the sky

Scarce heard amid the guns below.

We are the Dead. Short days ago

Loved and were loved, and now we lie,

Take up our quarrel with the foe:

To you from failing hands we throw

The torch; be yours to hold it high.

If ye break faith with us who die

We shall not sleep, though poppies grow

Posted by Winters Haven at 11:00 AM No comments: 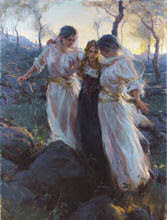 The phrase 'hinds' feet' is used in the Bible to denote an ability to overcome difficult challenges successfully, as in Verse 33 from Psalm 18 which reads 'He maketh my feet like hinds' feet, and setteth me upon my high places.' A hind, which is a female red deer, is able to move quickly and easily across the rocks of a mountain, leaping from one rock to another without ever losing its footing. Thus the biblical verse means that God has inspired his believers and empowered them to overcome the obstacles which confront them, doing things that would otherwise be difficult or impossible without divine aid.
Deuteronomy 33:29 "Blessed are you, O Israel; Who is like you, a people saved by the LORD, Who is the shield of your help And the sword of your majesty! So your enemies will cringe before you, And you will tread upon their high places." 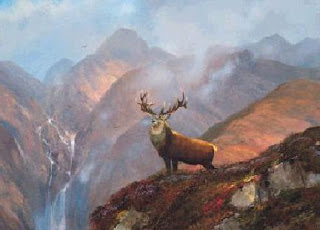 2 Samuel 22:34 "He makes my feet like hinds' feet, And sets me on my high places.
Psalm 18:32-33 The God who girds me with strength And makes my way blameless?
makes my feet like hinds' feet, And sets me upon my high places.
Psalm 27:1 LORD is my light and my salvation; Whom shall I fear? The LORD is the defense of my life; Whom shall I dread?
Psalm 46:1 God is our refuge and strength, A very present help in trouble.
Isaiah 45:24 "They will say of Me, 'Only in the LORD are righteousness and strength.' Men will come to Him, And all who were angry at Him will be put to shame.
The LORD God is my strength, and he will make my feet like hinds' feet, and he will make me to walk upon mine high places. To the chief singer on my stringed instruments.
Habakkuk 3:19 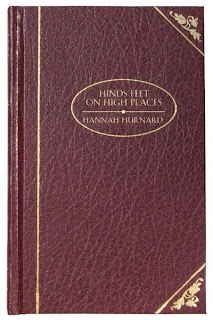 Posted by Winters Haven at 11:40 AM No comments:

Today while I was out running I suddenly became overwhelmed by emotion. So much so, that I has to stop running and walk. It was about halfway into my run I was feeling great, then all of the sudden, emotion. I began to think of God. Where I have been, what He has taught me, where he has brought me. I know He is writing a story, a poem, of my life, if I will but let him lead the way. This past weekend I attended a camp and ran into an old friend of the family who does quite a bit of missionary work. He began talking to my brother and I about knowing the Lord's will. The key he said is to be willing. To go where He wants you to go, to be what He wants you to be. God convicted my heart there and then that I needed to be willing. I sort of knew this before, but now it was made really clear to me. If you want to be used of God you must be willing to go where he sends. It does NOT mean you stand still and do nothing, It does mean that you are watching for His guidance in what you may think are the mundane things of life.

Another thing the speaker spoke of was how to know if you or your son has experienced salvation. He called it the "great change". It is marked by brokenness over sin. Not just a mental assent to the truth of Christ as Savior, but a broken heart over the blackness of your sin compared to the beauty and character of God. He told of his own salvation, how he prayed the sinner’s prayer, and went up for renewal many times, but it was not until he was 29 that he experienced the "great change".

I first prayed the sinner’s prayer at age 6. I also re-committed multiple times, but it was not until age 14 that I experienced the "great change". All the sudden my hidden sin(s) hit me square in my face; I knew that I deserved the wrath of a righteous, holy God. It was a very painful time for me, as my sister and parents can attest, I honestly never want to repeat it again. But, up until that time, I was self-righteous; believing I could keep my little sins and still be a Christian (after all I could repent of them and be forgiven, right?). God wanted to free me from the bondage I was in. Christ never left me during that time, even though half the time I felt as if I would never find Him.

The speaker ended with "we serve a God who is living today, and who still works." He is the one who works in people to save them.

I hope that this post is a blessing to someone out there. God is living and alive and willing (quite willing) to save.

Posted by Winters Haven at 4:50 PM No comments: